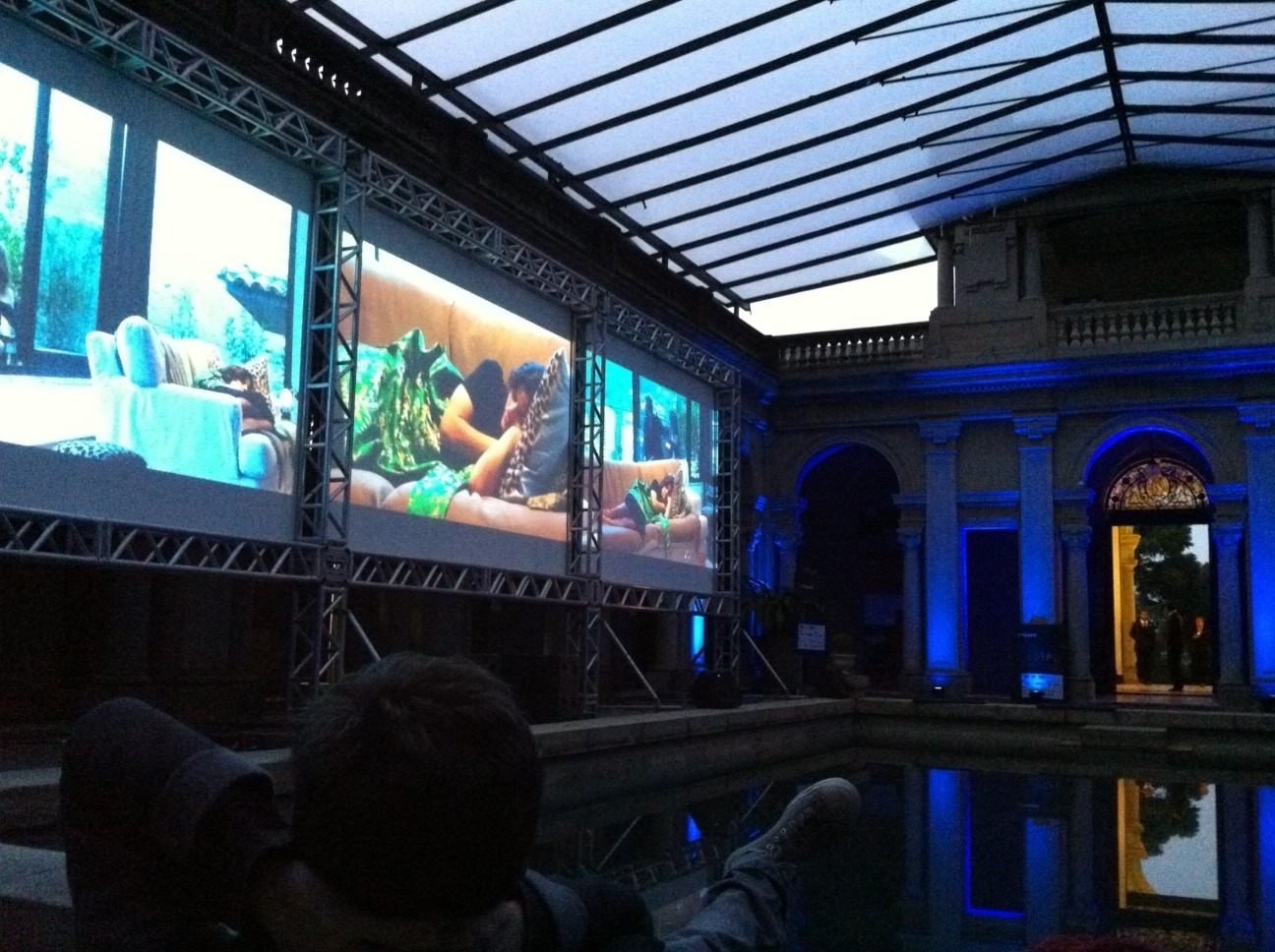 Free circulation is allowed as long as it doesn’t disturb the audience. The cafeteria will be open to the public.

Closing the programme Artista na Cidade 2018, Teatro São Luiz will receive the installation/video A Falta Que Nos Move, by Christiane Jatahy. A living performance that is at the same time film, happening and a party, involving the public and the film by the Brazilian film and theatre director. In the sala Bernardo Sassetti, the 13 continuous hours of raw material from the shooting of the film A Falta Que Nos Move, Jatahy’s project which started as a play and then unfolded into several other formats, will be projected onto 3 movie screens. In this cinematographic installation, the projection starts at the same time the filming started, on Christmas night 2008 at 17h30, and extends until 6h30 in the morning, giving the public the possibility to watch everything that was filmed, in that tension between reality and fiction, by three handheld cameras, with no cuts and in long plan sequences during a whole night.