COULD BE WORSE: THE MUSICAL 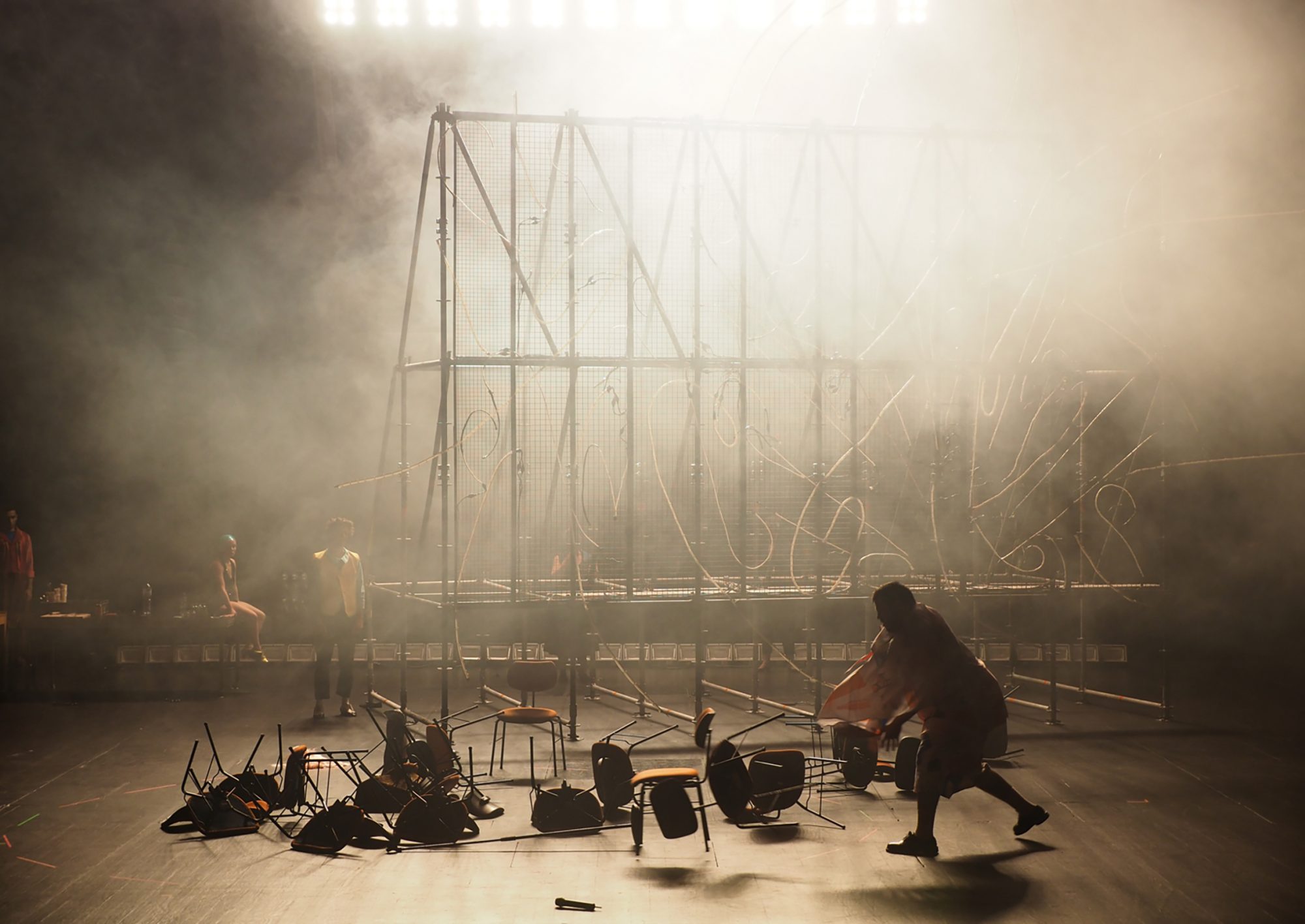 O Cão Solteiro has collaborated with filmmaker André Godinho since 2007, pursuing a research on the intersection of cinema and theatre . In Film and Theatre Sontag asks, “is there anything truly cinematic?”, in this case, the question is, is there anything truly theatrical? The plays produced as part of this collaboration explore various assumptions on cinema and theatre such as the relationship between images and narrative (3, 2007/ using the filmed images of the previous show), (We All Go A Little Mad Sometimes, 2010/ from the Hitchcock universe), exposing the construction mechanisms, challenging the viewer’s place (Play, The Film, 2011/ dubbing of a movie on stage), (Day For Night, 2014 shooting a Short film, Fim da Fita , presented later), the continuity of place, sequence and editing (We’re Gonna Be Alright 2017/ on the special effects used in blockbusters). In Could Be Worse: The Musical, they tackle one of the most beloved genres of classic American cinema: the musical.

15 dec theatre THOUSAND NIGHTS AND A NIGHT: They’ve been in the prisons of fascism Cátia Terrinca / UMCOLETIVO Sessions for Schools