Democracy Has Been Detected 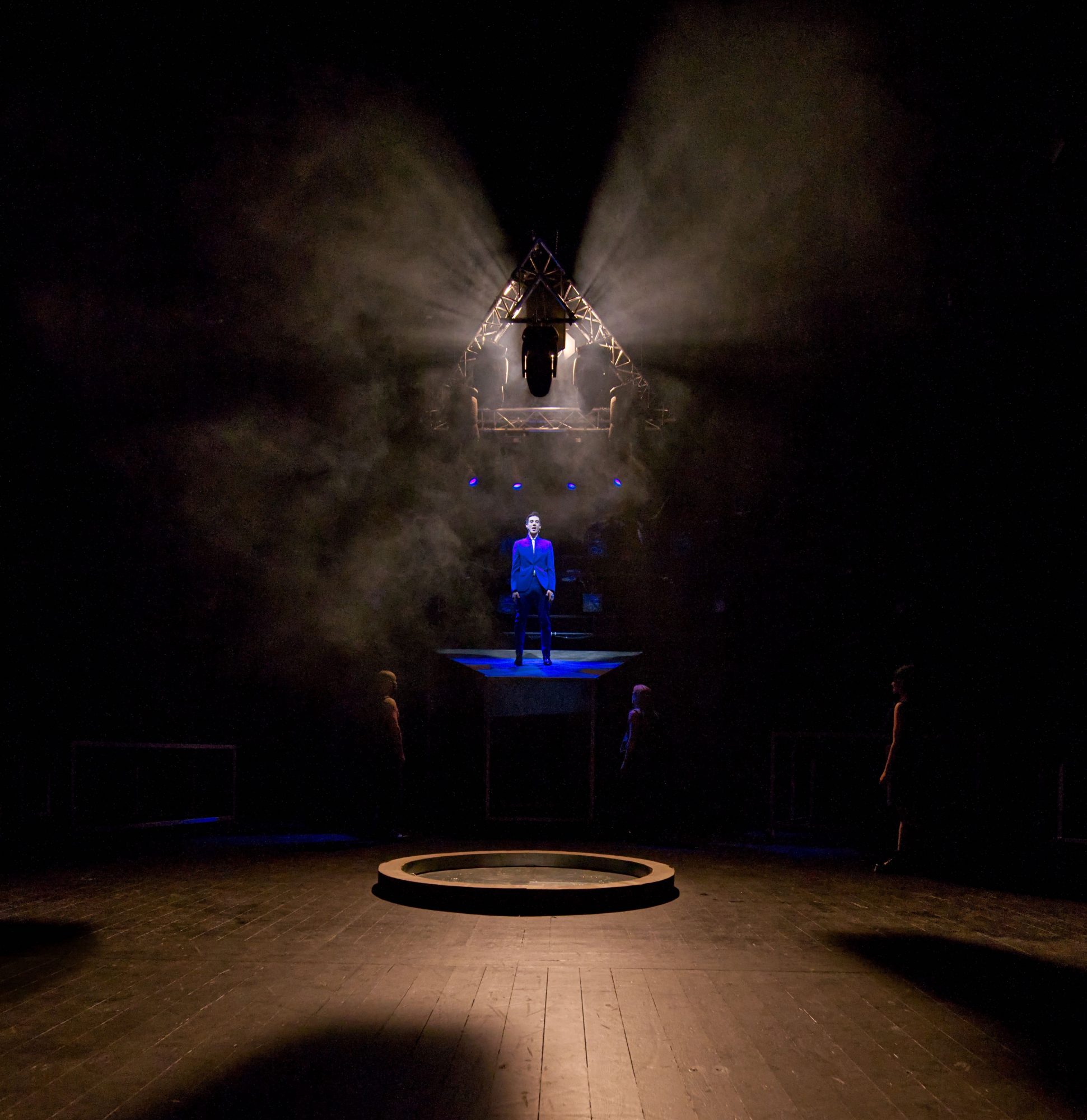 Diogo Freitas and Filipe Gouveia welcome Vila Cheia, the capital of a fictional country, where there are no laws or walls that prevent entry.Here, the health system is effective and will improve with the construction of the new hospital. Visits to the monuments of iron and concrete are the main attractions. The streets are safeguarded by the FIA (Artificial Intelligence Force) robots, which guarantee safety. The only disadvantages are the decline of the increasingly corrupt political system and the food – which may taste like dog kibble. All elements of the Democracy Has Been Detected artistic team were born in democracy and belong to the post-25-de-Abril-1974, post-fall-of-the-Berlin-Wall, post-cold-war generation. With this show, they discuss a possible path to the future, at a time of fragility and threat, of feeling of coming to an end and when we are increasingly bombarded with new information and technologies at breakneck speed and with an enormous impact on the way we see the world. A proposal for a historical, social and political reading of the current society and a society imagined in the future, with eyes and ears in the past. Echoing in times of untruth and ineffectiveness, the show assumes itself as the cry of a generation, both outside and inside itself, an appeal to the full experience of democracy, not taking it for granted or someone else’s business.

Do Texto à Cena looks for actors, dancers, musicians, performers, art students and other artists and / or interested parties in the dramatic text: Democracy Has Been Detected. Through a wide range of options, various languages and artistic forms of bringing the text to the scene will be discussed, based on the characteristics and desires of those involved in the group. The main objective of this workshop is to complement knowledge related to art, artistic direction, staging, interpretation, dramaturgy, politics, sociology, technology and critical thinking – resulting in an extension of artistic tools.