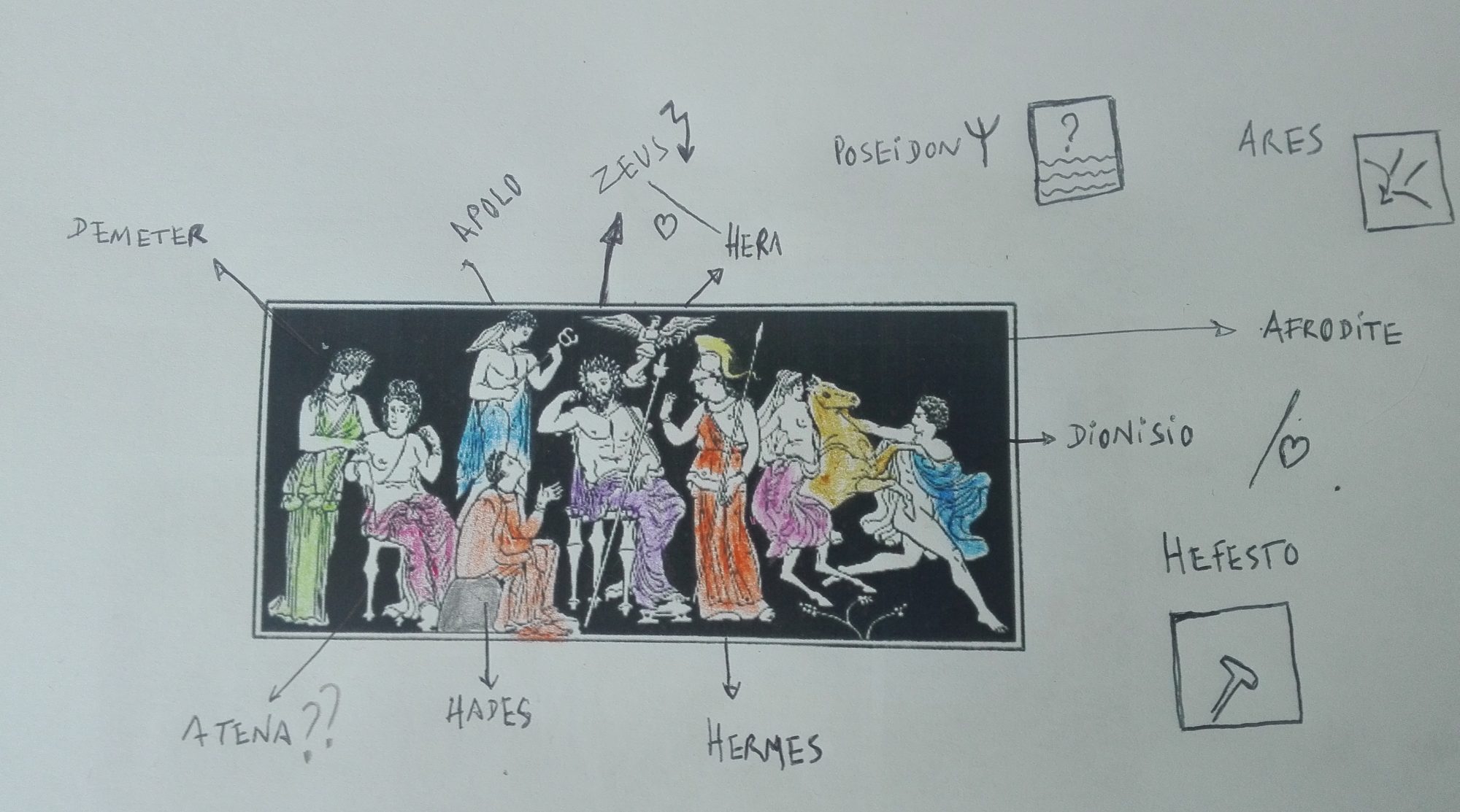 To be classified by the CCE; target audience: 6 years and over

At the beginning of time, of the world and history, the gods reigned alone. Then life happened, as it happens to humans, and they had their battles – they won some lost some – fell in love, married, un-married, had children, got angry, made up, forgave… On stage, Leonor Barata builds a divine family tree with the collaboration of the public, revisiting the stories of the gods of Olympus. Using a game of cards, we recover old stories that still reverberate in us and somehow still feed our dreams: Aphrodite is still be born from foam, Sisyphus never finishes his work and what would have happened to us if Pandora had not opened the famous box? In Dos Deuses, a kind of living dictionary is created, showing, once again, the incredible power of true classics, stories that never stop whispering in our ears and that end up building us as citizens too.

The classical universe has long accompanied the work of Leonor Barata. In 2008, she premiered Fios e Labirintos, a production with O Teatrão on the myth of Theseus and Ariadne, and, in 2006, Ver a Odisseia para chegar a Ítaca, based on Homer’s Odyssey. Now, in Dos Deuses, she aims to tell the beginning of the world as we know it within the classical paradigm: the creation of Earth and Night, the struggle of the Titans, the presence of the Moirai until she reaches the third generation of the divine, which already have a human form and who live their dramas in Olympus, but who, with every action and with every setback, dominate men and their destinies.