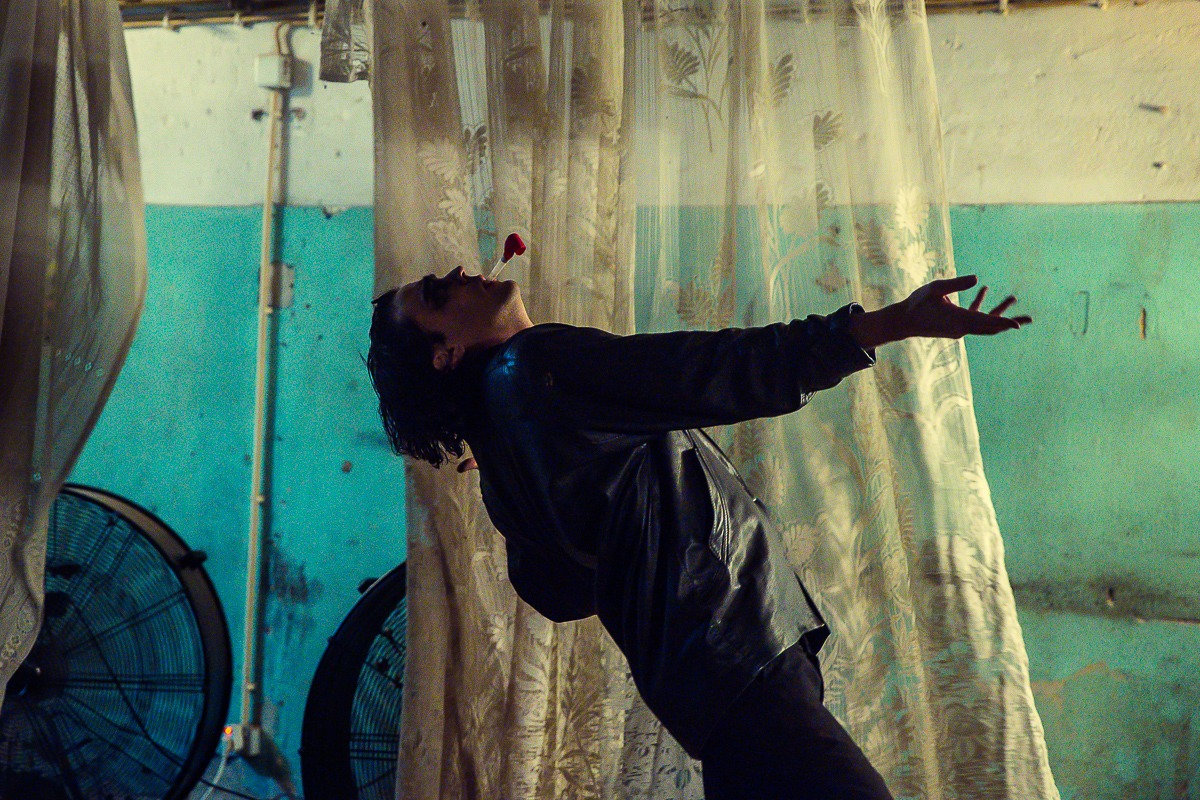 To celebrate the five years of existence of Latoaria, Tiago Vieira has created a 20-minute solo for one spectator, with a prologue performed by an actress, Teresa Machado. Over the years, the solo has been transformed and passed through different landscapes and places: Port Wine cellars in Gaia, a Wash-house in Palmela, the Teatro das Figuras cellars in Faro, an old market in Lisbon. As always, the solo performed at São Luiz has unique characteristics and is influenced by traces of all previous versions. Julieta Bebe uma Cerveja no Inferno is based on a re-writing of the words of William Shakespeare’s Juliet. It is intended as a meeting in a deluge, a sacrifice before waiting, exhaustion and the impossibility to stop loving. Love as a revolutionary act far from the slavery of mediocre relationships.  The violence of every day in which we feel the great monstrous absences. Desire as a place of rupture, encounter as possibility and all the secrets we carry on our skins as traces of old experimentations. “God can appear surprisingly in the metaphysics of the obscene. I can only believe in a lover who can dance, a kind of collapsed Zarathustra, who reads Rimbaud as if those words were mine. Time is counted as if in a brothel. Julieta is a manifesto, the right to be loved for what we are and not for what we should be. Love always to the last consequences, submission never”, writes Tiago Vieira.