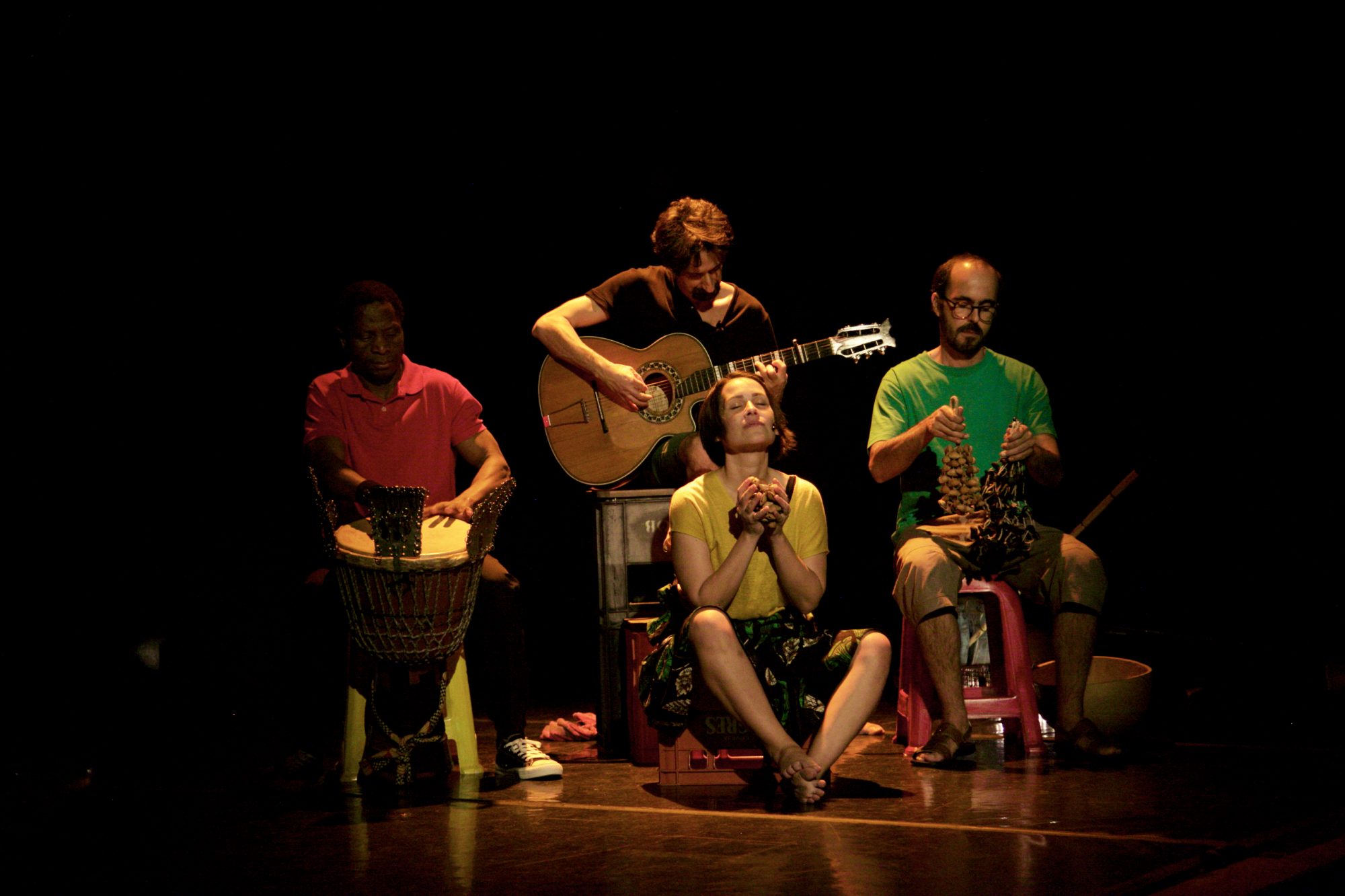 Was it, was it? It was right. This is the story of a boy who had a dream. It’s a story of escape and travel, from the rice fields and mandinga drums of Gabu to the rhythms of Guinea, through Moscow, Bissau and Lisbon. What does a boy have to do to find his place in life and in the world? After Mapa – Estórias de Mundos Distantes e Contos e Cantos, premiered in March 2018 at teatro São Luiz, Fernando Mota returns with Mininu, a show that uses several types of languages such as theatre, literature, music, visual arts and video. Inspired by Guinean culture, it is created in the wake of Nha Mininu, a project that involved the collection of traditional children’s songs in all regions of Guinea-Bissau and the production of an album with original arrangements and the participation of Guinean musicians residing in Portugal.

Listen and download the Nha Mininu album for free: nhamininu.acaravana.pt