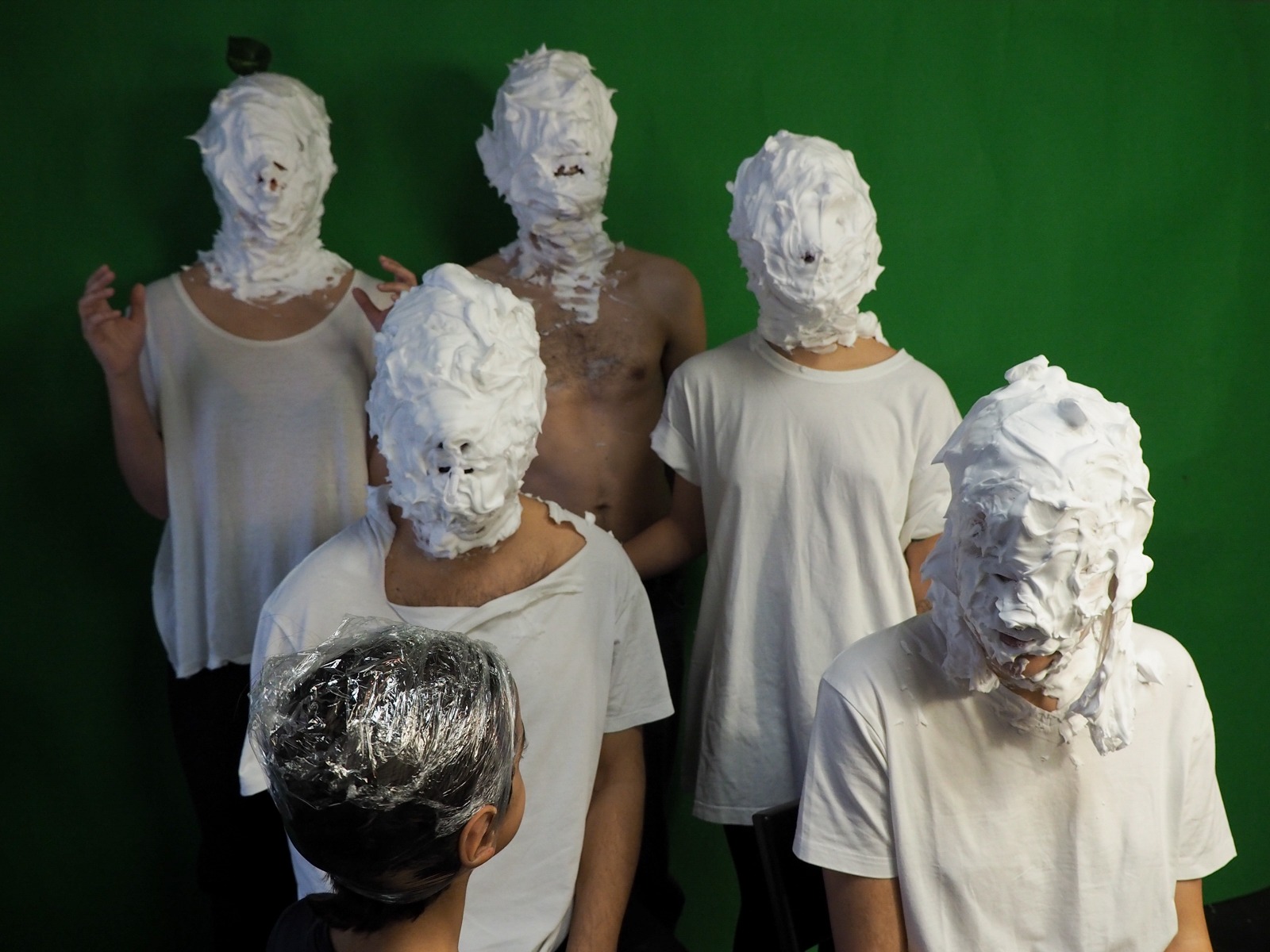 We started with a text by José Maria Vieira Mendes, used by Vasco Araújo as a base for the construction of one of the pieces that integrated his exhibition “Morte Del Desiderio”,  at the Francisco Fino Gallery, in Lisbon, 2018. The concept of mise en abyme begins by being applied with the use of the same text, which serves here the dramaturgy of the spectacle, bringing with it the memory of another piece or movie. It is also important here that the text belongs to the universe of plastic arts, since this is a object of a recurrent analysis of the Single Dog in several contexts. On its construction, writes Vieira Mendes: “There is an idea of ​​desire that is based on certainty in the future. That is, when I chase the desire, I try to satisfy or fulfill anything in the future (near or far).
This thing I pursue is established in the present. This means looking at the future as concretization of a thought of the present. It is an idea of ​​the future that is not available for the unforeseen. The text I have constructed, a cinematographic argument, is a attempt to find another idea of ​​desire and relationship with the future, to make the more willing subjects for the unexpected. This corresponds to a subject, as well as a will (desire) to live the future that comes as a gift in construction. And the construction will always be incomplete because in the meantime the present
passed on.”