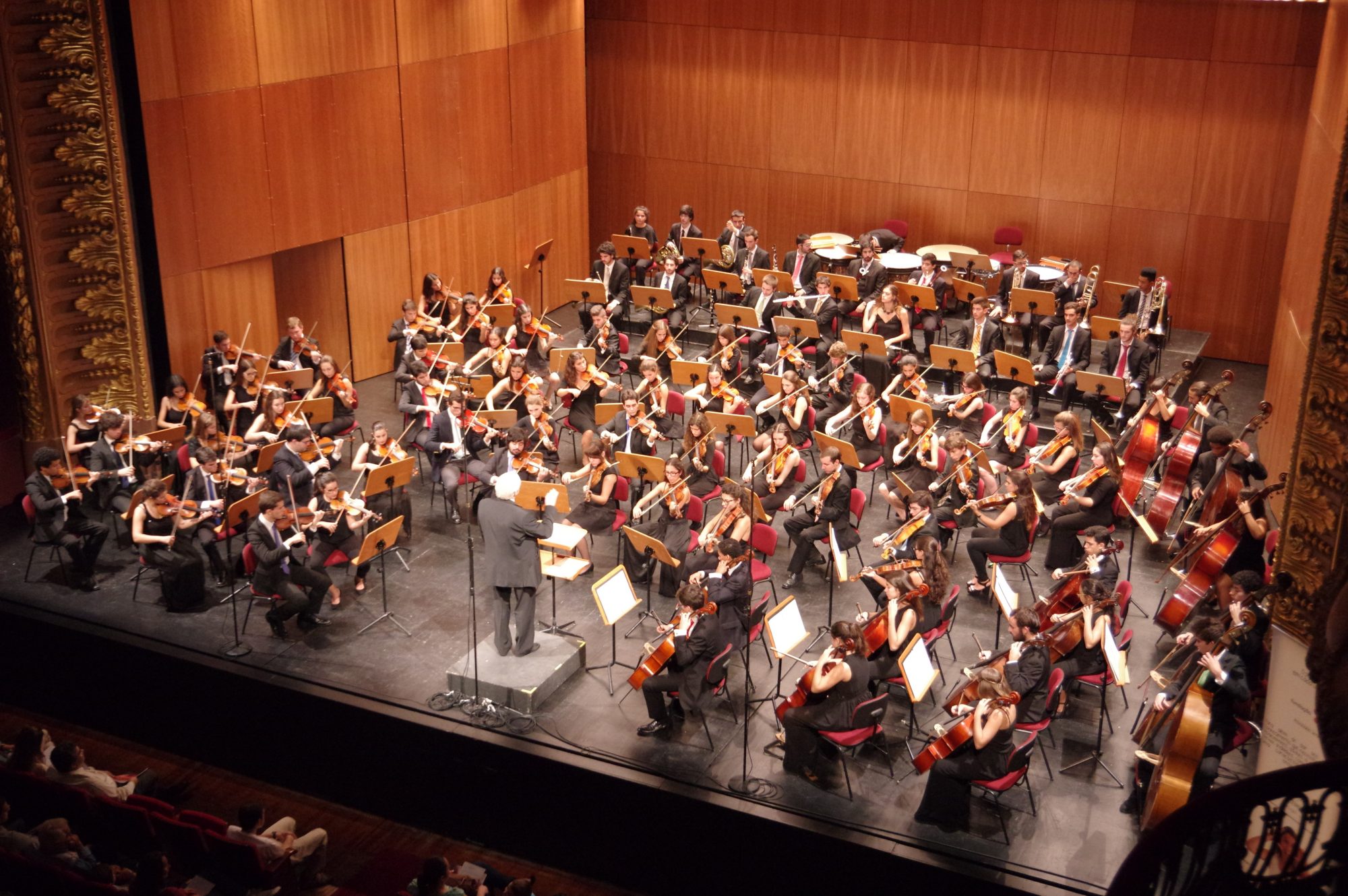 Every year, the Orquestra Sinfónica Juvenil (OSJ) commissions a piece that is presented as a world premiere. Teatro São Luiz has been the stage for many of these premieres, which have allowed many Portuguese composers to see their works interpreted by a symphony orchestra in a hall such as this one. This year, the OSJ invites Christopher Bochmann, a Portuguese-British composer with a long list of works for almost all genres and numerous arrangements and orchestrations. “In 2002 I wrote the piece Lupercalia for large orchestra, based on the practices of that holiday from the times of ancient Rome. Quinquatria adds another in a series of four pieces, which refer to the festivals of ancient Rome: Quinquatria, a festival dedicated to the goddess Minerva, included moments of ceremony, fighting between gladiators and poetry contests. Also referred to are the flutes of another festival dedicated to the same goddess”, writes Bochmann, who has lived and worked in Lisbon since 1980 and has conducted the OSJ in hundreds of concerts and, with it, recorded four CDs with his works.

Over the last decades, the OSJ has trained many orchestral instrumentalists, introduced many young soloists to the public and taken its action on behalf of Musical culture all over the country. It is, therefore, recognised as a fundamental institution in our musical-pedagogical panorama, being the only youth symphony orchestra with permanent activity, playing a pivotal role in the training of musicians, in a perspective of high-level improvement and professionalisation.

15 dec theatre THOUSAND NIGHTS AND A NIGHT: They’ve been in the prisons of fascism UMCOLETIVO / Cátia Terrinca Sessions for Schools

16 - 18 dec oficina THE PERFORMER, THE OBJECT AND THE SECRET IN BETWEEN Projeto Funicular: Object Theatre Workshop Directed by Yael Rasooly (IL)