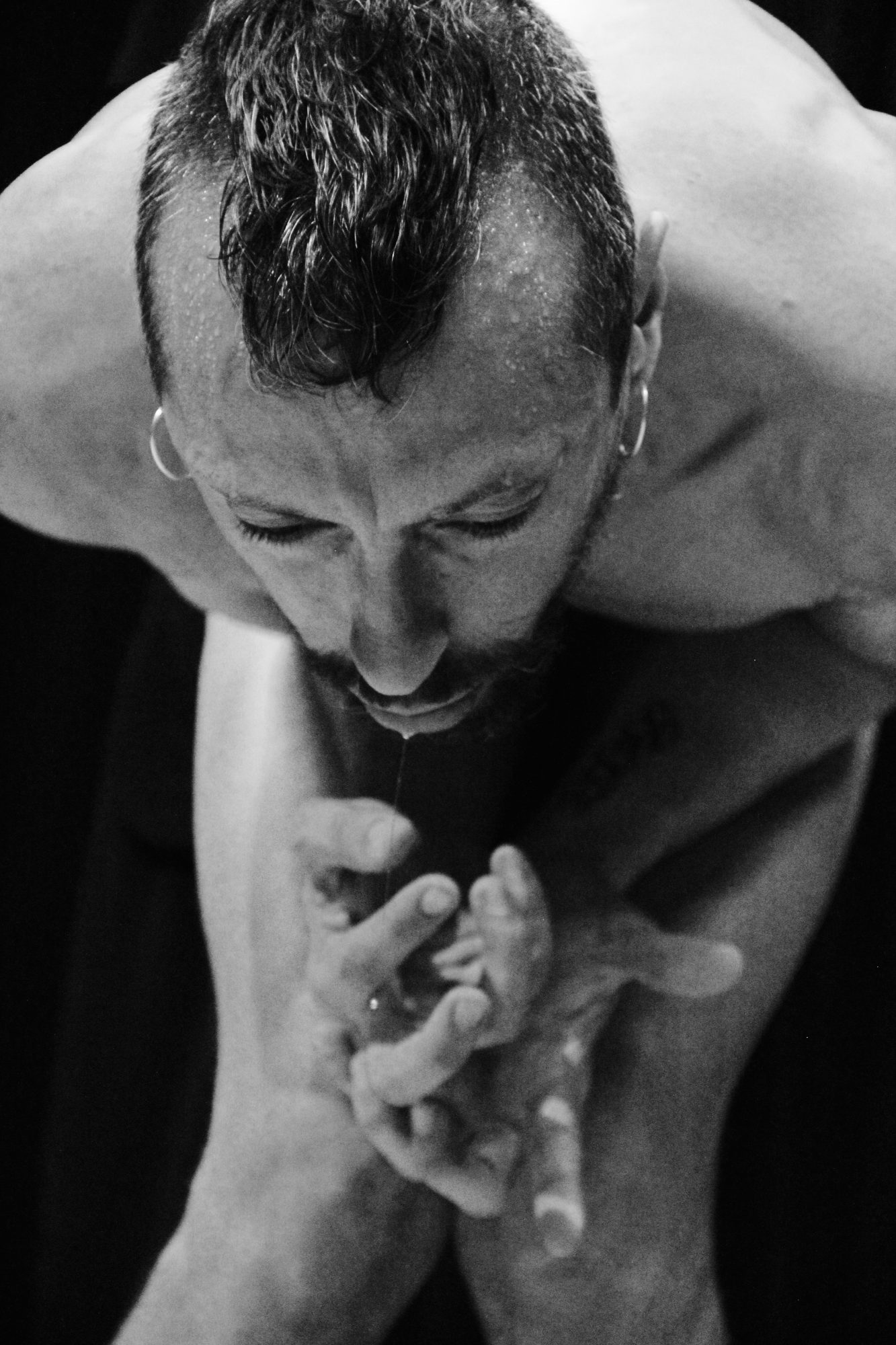 “Our body also becomes other for others: each one is born a capitalised object, someone’s image; everyone is born another, radically another. We were born to be, first and foremost, that thing outside of ordinary commerce and which, before being named and trying to live its own part of the subject, begins by being the full and whole part of the others, these privileged others, the parents – literally the breeders -, faced with the unknown object of their desire, with the unattainable of a transmission ”.

Perfil Perdidoı Starting from the representation of the father figure as a central element of western art and domesticity as a dock, the two protagonists go through the lives of several characters, other selves, creating unexpected relationships and crossings – they have no age nor gender or defined body, they transmute with one another, creating fleeting and fragmented worlds.

In history of art jargon, Perfil Perdido alludes to a ¾ profile portrait, where the face is not seen but is summoned, in which attention is focused on, although not explicit, what is shown as fundamental. So it seems to happen many times within the family, a stronghold of the most ancestral and problematic that is in us, where the (un)balance between the individual and the collective, between personal interest and the common good is played at high stakes.

When he summons an improvisation work based on the flow of personal memories by Beatriz Batarda and Romeu Runa, Marco Martins creates a show in which the various excerpts of texts used – which  constitute their dramaturgical matrix – are simultaneously a reconstruction, more or less true or false of the biography of their interpreters, of what was lived or perhaps fantasised, and also of direct testimonies of other authors – such as Kafka, Bacon, Sophocles, Siri Hustvedt, Peter Kubelka or Édouard Louis – on their relations with parental authority.

Developed over a year of residencies, Perfil Perdido is a work in constant mutation, created on an atypical calendar: one year separates its preview at the Istanbul International Festival from the national premiere at Teatro São Luiz.