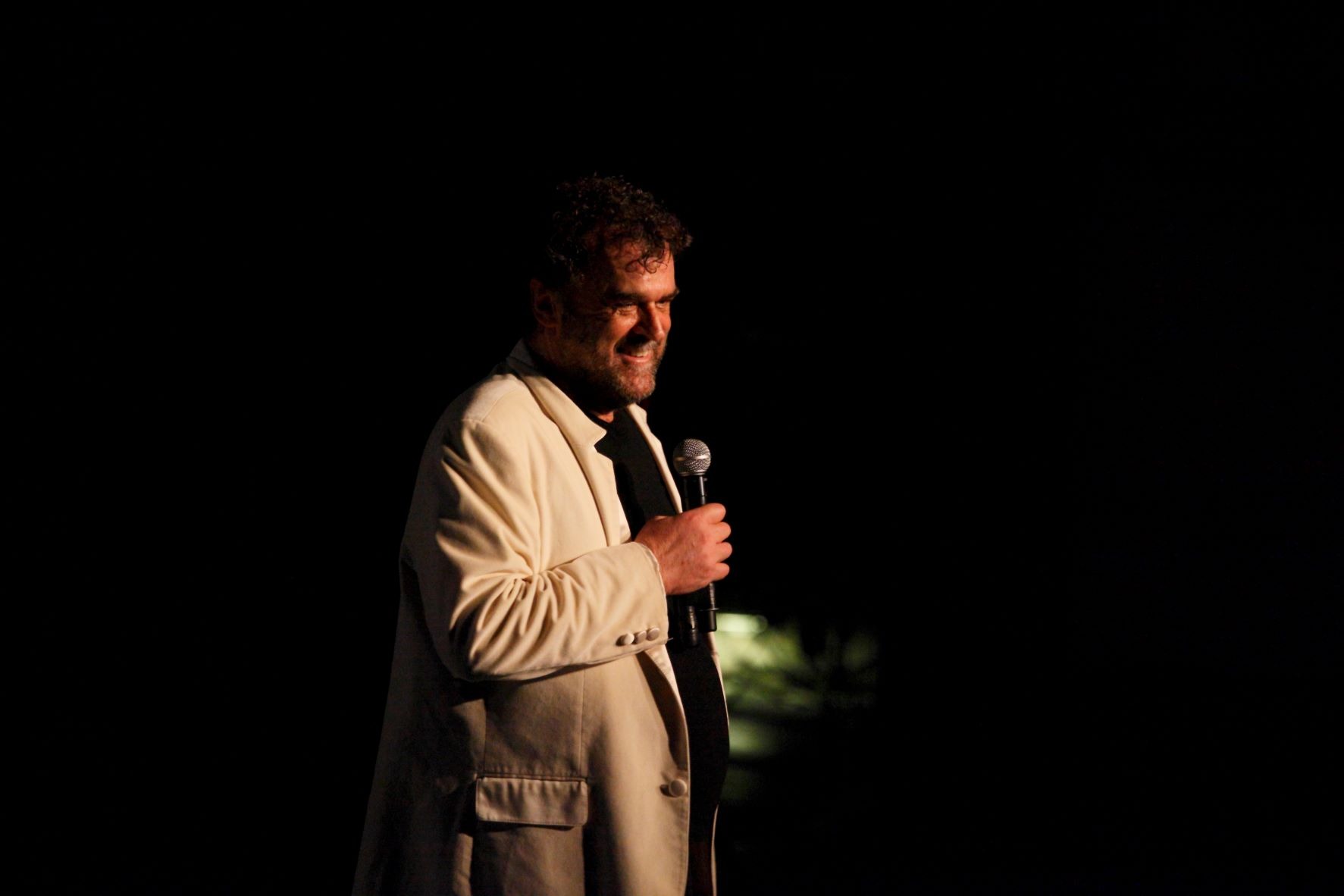 ©
Past event
Dates and Schedules

Conversation in Portuguese and Italian, with simultaneous translation.

Amore is a musical and poetic journey through an outer geography – besides Portugal: Angola, Cape Verde – and an inner geography, the one of the strings of the soul that resonate at the slightest
beat of life. The musical notes are the sad ones of fado, notes that explode in bursts of energy through the voice of its singers which opens up to reach every corner of the theatre. One moment, the
rhythm is the beat of a parade, the next one of a tableau vivant and then rhythm of a slow procession. The image is a picture that changes its colours that becomes warmer and cooler.

Then there is the word of the poets, spoken in the warm style of the Ligurian artist through his usual, hypnotic reciting at the microphone. The words are those of Carlos Drummond De Andrade, Eugénio De Andrade, Daniel Damásio Asensão Filipe, Sophia de Mello Breyner Andresen, Jacques Prévert, Rainer Maria Rilke e Florbela Espanca.
“This show – says Pippo Delbono – presents a double vision of love. On one side – where we hear the voices of the texts – we, each one of us, look for that love, trying to run from the fear that attacks us. In this journey we try to avoid that love even if we acknowledge the constant yearn we have for it; I look for it and I yet want it, too. And this is exactly what is scary. But this path – paved with music, voices and pictures – may lead us to a reconciliation, to a moment of peace where that love can manifest itself beyond any fear”.

What keeps together this emotional process that never really finds its peace is a structure that juxtaposes the full and the empty, the singing and the music, the live voice and the silence, in search for a dreamlike and poetic representation of the cruelty of the undertow of breaking up and coming back together.
Absence, distance and nostalgia are the main characters; an emotional map that digs deep in the soul of the writer, of the actors and of the spectators themselves who are called to search with their eyes for what is missing and what will always be late in showing up.

Amore is an attempt to share a vanishing meeting: love is «a bird of prey» that catches you and takes you away and in so doing it is an utterly human quality. The different languages that intertwine within the soundtrack are an expression of this land, Portugal, a Land that welcomes and leaves traces; its poetic impulse reminds us what kind of respect we should pay to those waves of the soul that are otherwise constantly besieged by fear, mistrust and shame.

Amore is yet again an attempt to bring life into theatre. Mentioning this word, evoking it in a non-religious and dreamy way, we might get the chance to give it voice, to the long-time absent in the public discourse, the chance to free it from the whole narrative of this global, fearful, terribly human odyssey.