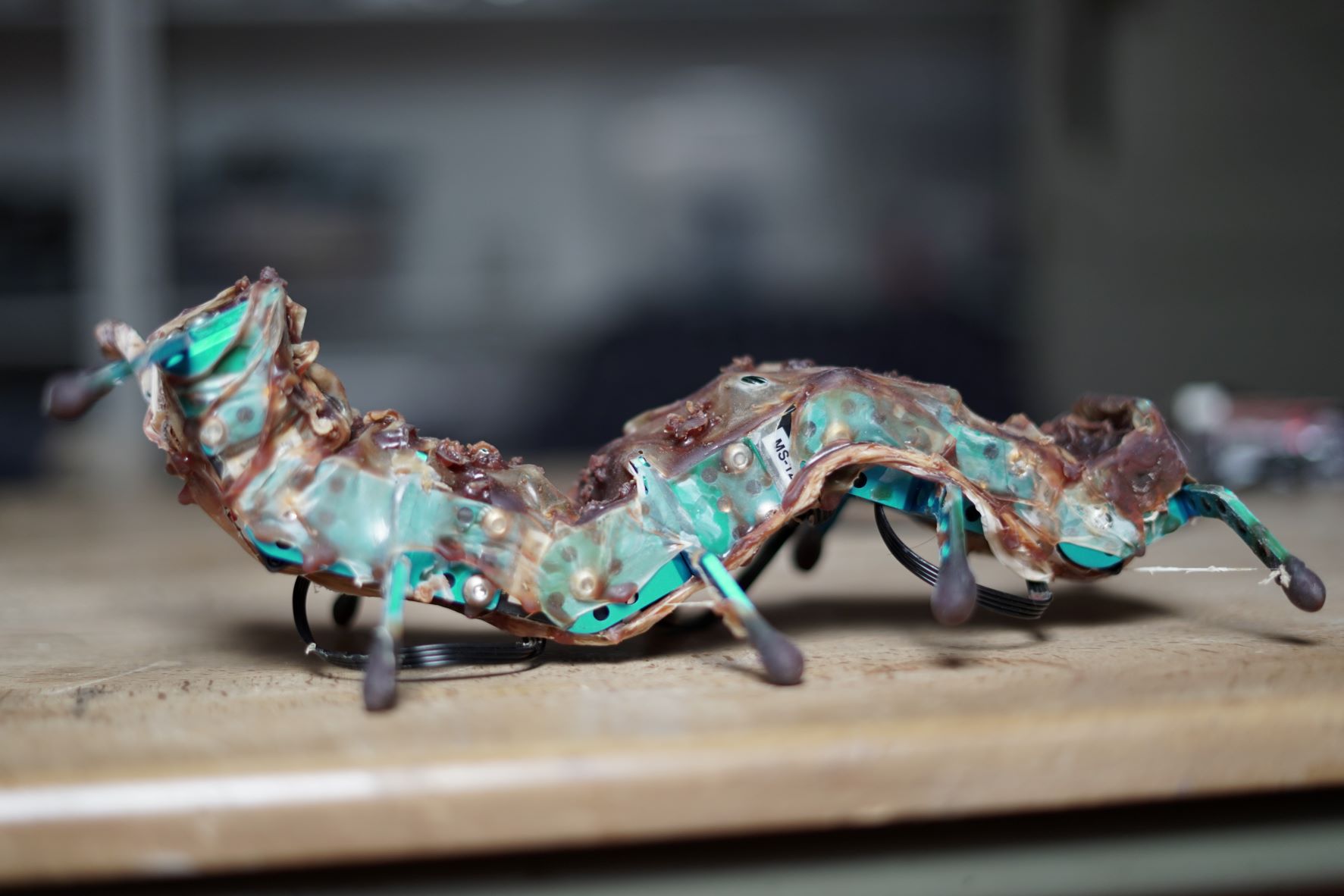 Simple Machines or how to teach robots to dance… Ugo Dehaes, creator of dancing-robots, questions the relation between man and machine through movement, imagining a future without human bodies. In this conference-performance there’s the explanation to the birth of robots, from slimy cocoons to shiny machines, and how can they be trained through AI up to the day when they’re capable of creating a dance show by themselves. The audience sits with Ugo Dehaes around a large table and is invited to help him train the machines. The performance ends with a glimpse of the future: a ballet for dancing robots without the intervention of a human choreographer. Each dancing robot has its own shape and its own set of possible movements. The choreography is made around their unique physical possibilities and the date generated throughout the performance. Ugo Dehaes also brings the installation Arena, where the audience is invited to interact with eight robots and to help them become better dancers. For that purpose, one can move the roots, choose their movements or observe how those evolve.

While creating his performances, Ugo Dehaes always begins with the spectator’s perspective. Instead of struggling with complex concepts, he questions himself about what he’d like to see on stage at that very moment. This way, he shares hiw own amazement and fascination with the audience. By focusing in personal stories, he transforms his own initial inspiration into something recognizabe by anybody, offering the audience with a different way of viewing the world. Before, in his sober creations, radical but accessible, would focus on the power of dance and dancers. After all, Dehaes is fascinated by the human body and by the body’s inhabitant. Nevertheless, he opted by a new direction in the last few years and changed his focus to the robots. Ugo Dehaes questions how radically one can think while seeking efficiency and optimization in society. Born in 1977, he began dancing at 18. For a year he took ballet lessons and proceeded into contemporary dance, with teachers such as David Hernandez, Benoît Lachambre and Saburro Teshigawara.
He studied theater at the De Kleine Academie. Initiated his full time formation in dance at the P.A.R.T.S., the international school for dancers and choreographers directed by Anne Teresa De Keersmaeker. In 1998 he began working as a dancer for Meg Stuart/Damaged Goods. For 3 years collaborated in the plays appetite and Highway 101.  In 2000 created the company Kwaad Bloed, with Charlotte Vanden Eynde. His first play, lijfstof, premiered at the Kaaitheatre and went on an international tour through Vienna, Salzburg, Berlin and Paris, among other cities. From this moment on, Ugo regularly created new choreographies. Since 2018 he changes his focus and became a Choreographer of Things. Specialized in choreographies for objects (robots, drones) and works with young creators. He made the moving sculpture Stalactiet (2018) for the Tweetakt Festival (NL); Forced Labor: Arena (2020), an installation with 8 interactive robots; Runner (2020), a robot that automatically learns; Pickled Punks (2021), a series of robots in formaldehyde jars, ordered by KIKK, and began the research for LIMP, a collaboration with Prof. Geraint A. Wiggins (Computational Creativity) and Axiles Bionics (AI robotized foot-protheses). Besides his choreographic work, he also conceived Coupure, a permanent moving sculpture for the city of Bruges. As a member of the Flemish Young Academy, he has direct contact with several young important scientists and researchers. He directed plenty of workshops and masterclasses and worked for many artists, among Stijn Grupping (Post Uit Hesdalen), Ehsan Hemat, Samah Hijawi, Stéphane Arcas, Sachiyo Takahashi, Emil Hrvatin, Arco Renz, Gisèle Vienne and Etienne Bideau-Rey, Kataline Patkaï, Nada Gambier, Antonin De Bemels, Heine R. Avdal, among others.