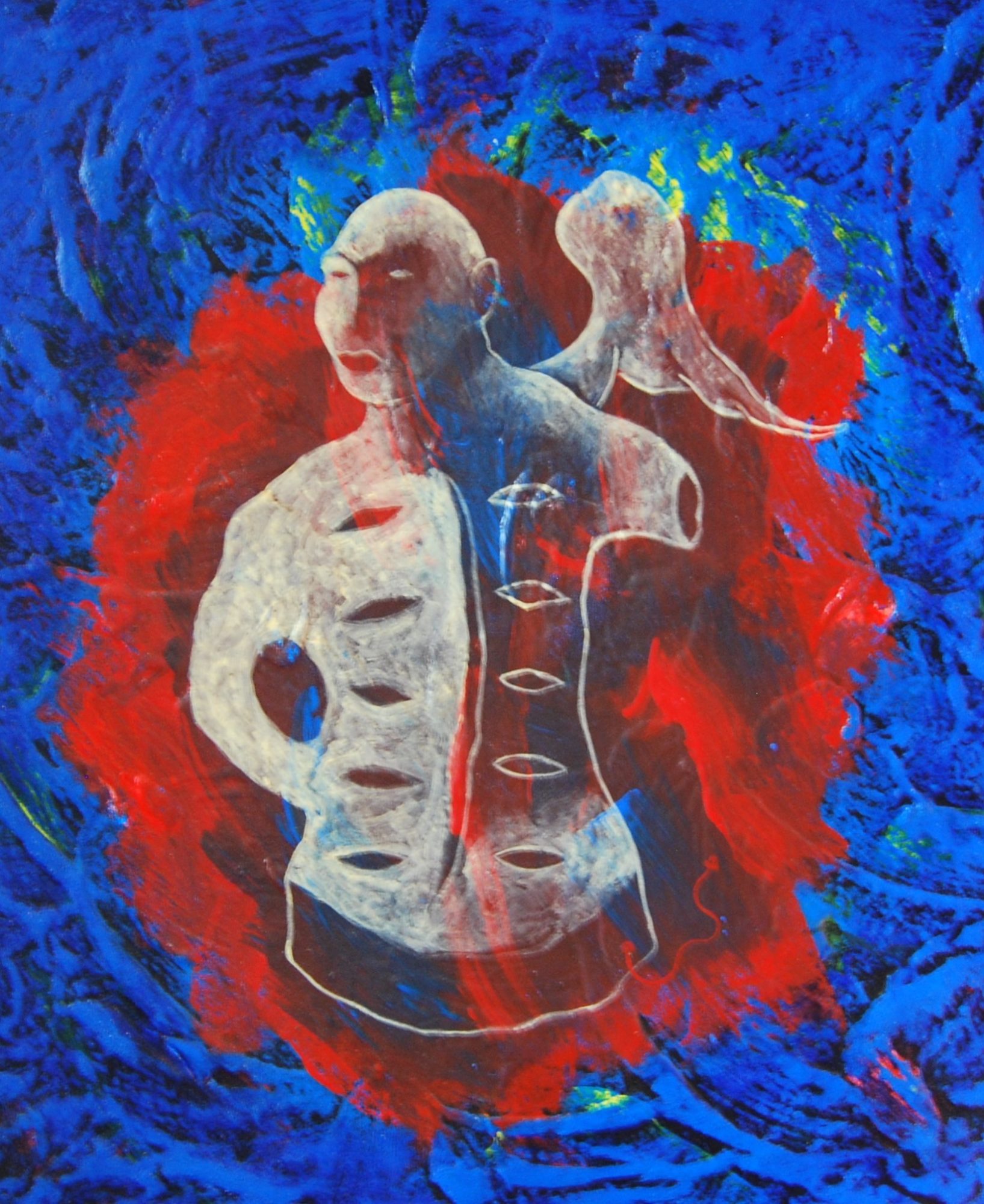 The play Um Rufia nas Escadas is based on Joe Orton and Kennegth Halliwell’s unfinished novel The Boy Hairdresser and was first performed in 1964 on BBC radio. Orton later writes a new version and in 1967 it premieres at the Royal Court Theatre. Mike, a former boxer, a thug who makes tough collections and Joyce, a former prostitute and now a housewife, live in a flat. A kitchen, a living room with a bed, an aquarium with a fish, a table, cups of tea – a realistic setting that is turned into satire, with a sordid, ironic, grotesque plot, in a combination of humour and horror. Wilson, a stranger, a bully, turns up at Mike and Joyce’s flat intent on revenge for the death of his brother, and lover, brutally murdered by Mike. Joe Orton uses the image of an ordered reality to transfigure it, abolishing and satirizing cultural, social and religious stereotypes, dealing with themes such as homosexuality, love and death.