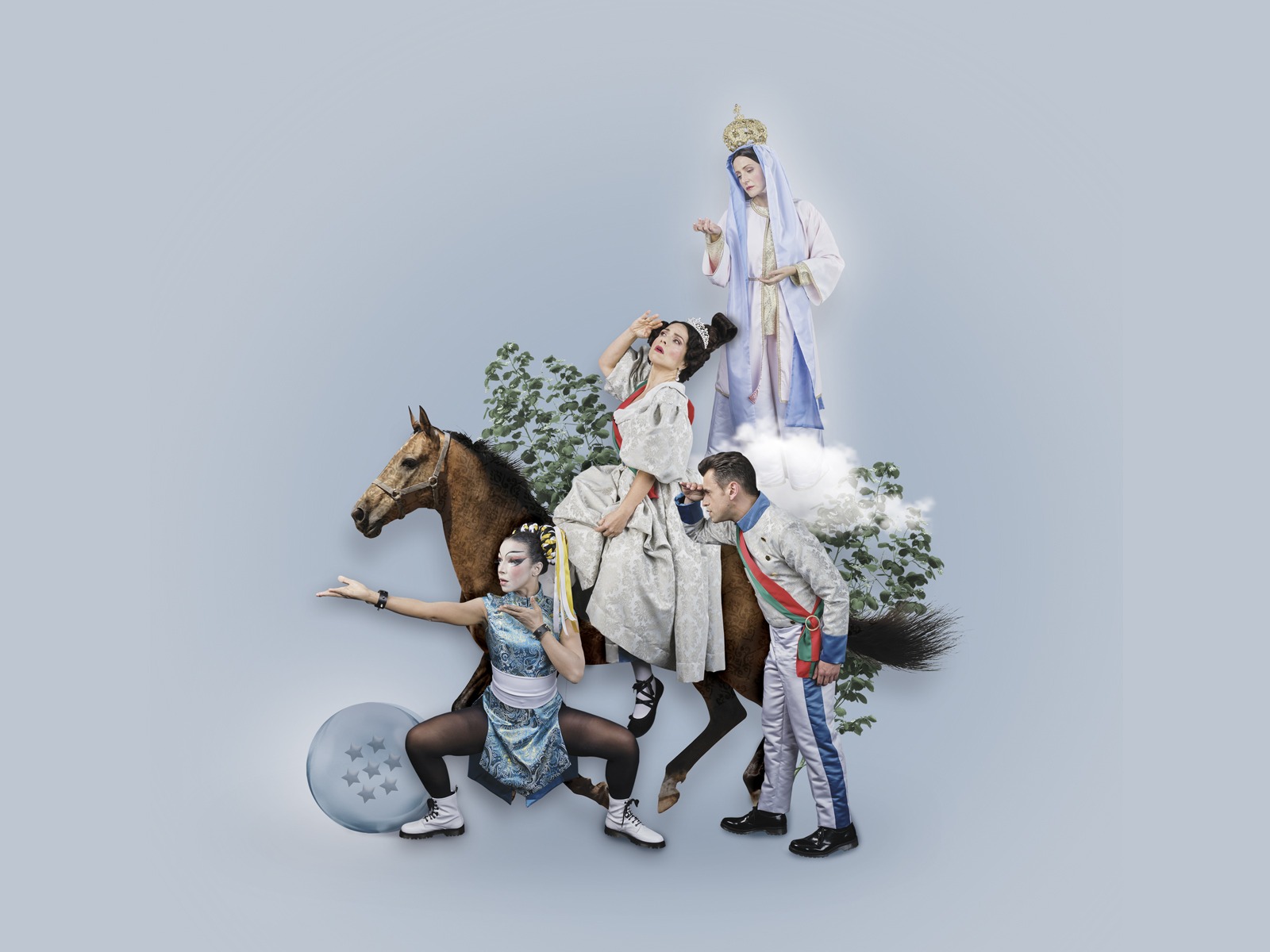 Meeting with the artists
16 February, Sunday at 17h30

The new performance that brings together the playwright and director Ricardo Neves-Neves and the pianist and composer Filipe Raposo looks at the history of Olivenza, an Alentejo portion of Portuguese territory occupied in 1801 by Spain, with the support of France and whose Spanish sovereignty is still not recognized by Portugal. Using the ancient Iberian monarchic culture, a peninsula reigned among cousins, A Reconquista de Olivenza is a fanciful exercise on Power and Politics, the War and its participants, as well as the complex web of customs, laws and beliefs that help create our identity, among other zarzuelas.
Even after the signing of the Treaty of Vienna in 1817, which required the restoration of Olivenza, Spain continues to postpone the return of that portion of the territory leaving the Alentejo thus undecided as to its real dimension. If Portugal claims Olivença sobbing, Spain cries over their right to Gibraltar, the Rock that is in fact the last colony in Europe, where England, Portugal’s historical ally, is sovereign. And beyond Gibraltar there is Ceuta, the former Portuguese city and present Spanish city, albeit within the territory of Morocco.