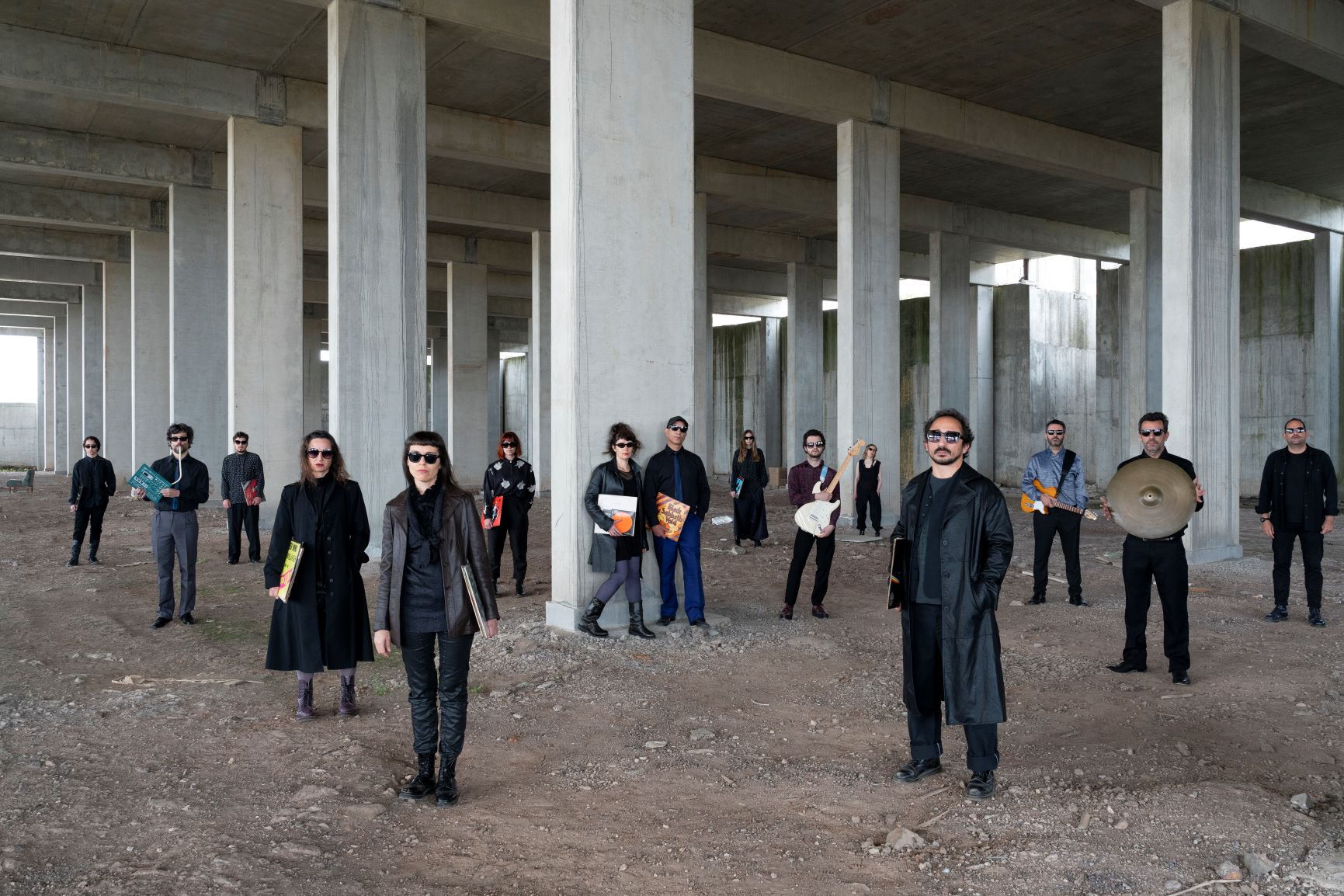 Aquilo que ouvíamos is a site-specific creation, planned for an out of stage location. It takes us on a journey through personal stories about our relationship with music and its consumption, while rediscovering where in Lisbon and other cities such stories might still be echoing.

“Is this recording?”
This time we’re the ones facing the recorder.
We’ve invited a band (3 musicians) plus 2 musicians, in a total of 5, so that, in the deafening sound they create (it’s called music, dude! That’s right!), we can’t be allowed to think too deep. To remind things, that’s enough. Tell each other, that’s enough. To dance, as well. To sing, sometimes, to hum, as well. Or, just to listen. That’s all.
This time we’re the ones facing the recorder.
It’s recording, yes. What can you tell us about this?

Aquilo que ouvíamos begins with our experiences listening to alternative music – different styles – from the mid 80s until the 90s (considering that there are different generations involved, and therefore it might be more accurate to say that this extends beyond [and before] those times). It is, above all, a show regarding how music was and still is part of the the listener’s identity, and about a time when music was crucial and many of our activities and livelihoods were organized around it.

For example, purchasing vinyl records with tiny allowances, exchanging those in the high school patios, making new friends because of this, buying cassetes to record those vinyl records which would this way multiply, or purchase cassetes of rare concerts very poorly recorded but still so precious, or cassetes recorded with radio shows made by us and for us. Or, when that which we listened to was a defining trait of what we were – or, the way music would provide us with an identity. Aquilo Que Ouvíamos takes us on a journey through personal stories regarding music and its consumption, which created and defined identities through times that still last.