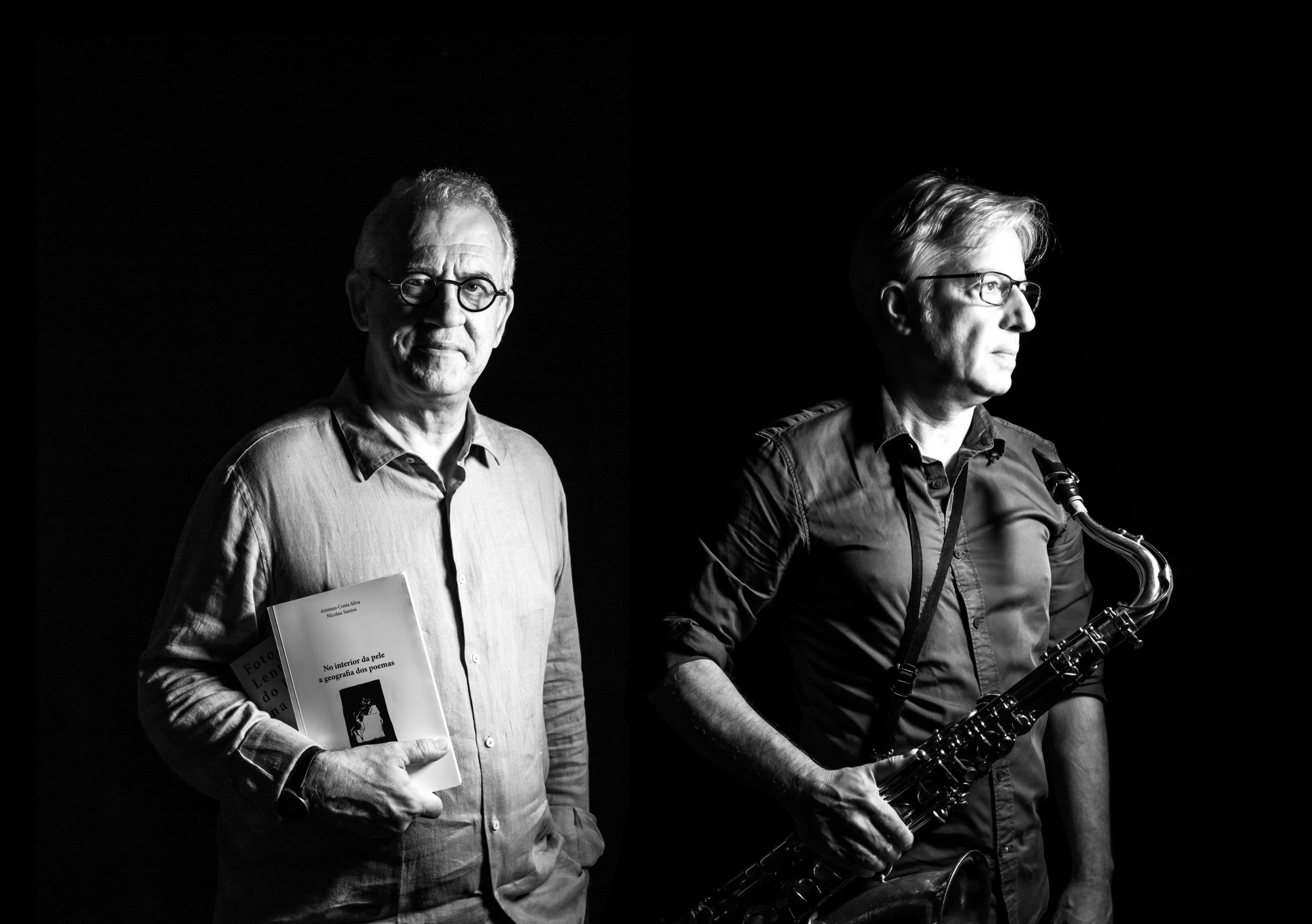 Journalist Nicolau Santos takes the stage in O Meu País Já Não Existe, with the poetry and music that have accompanied him throughout his life. A show in which he says poetry over a jazzy musical basis under the responsibility of the Quartet of Manuel Lourenço, the voice of Cláudia Franco and the Orquestra Filarmonia das Beiras, under the direction of conductor António Vassalo Lourenço. The Poesia & Jazz project, born in 2006, has combined these two forms of expression, combining the rhythm of spoken word, the musicality and the originality of poetry with the sounds of jazz and improvised music. In this concert with poetry, we hear themes from the great masters of jazz, such as Miles Davis, Bill Evans, Chick Corea, Richard Galliano, António Carlos Jobim, among others, and unpublished works by Manuel Lourenço, which merge with the poetry of Nicolau Santos and great names of Portuguese poetry, such as Mário Cesariny, Mário Henrique-Leiria, Jorge Sousa Braga, Reynaldo Ferreira, as well as African poets, such as Ruy de Carvalho, José Eduardo Agualusa, Ernesto Lara Filho, and Brazilians, such as Vinicius de Moraes, Carlos Drummond de Andrade, Manoel Bandeira, among others.