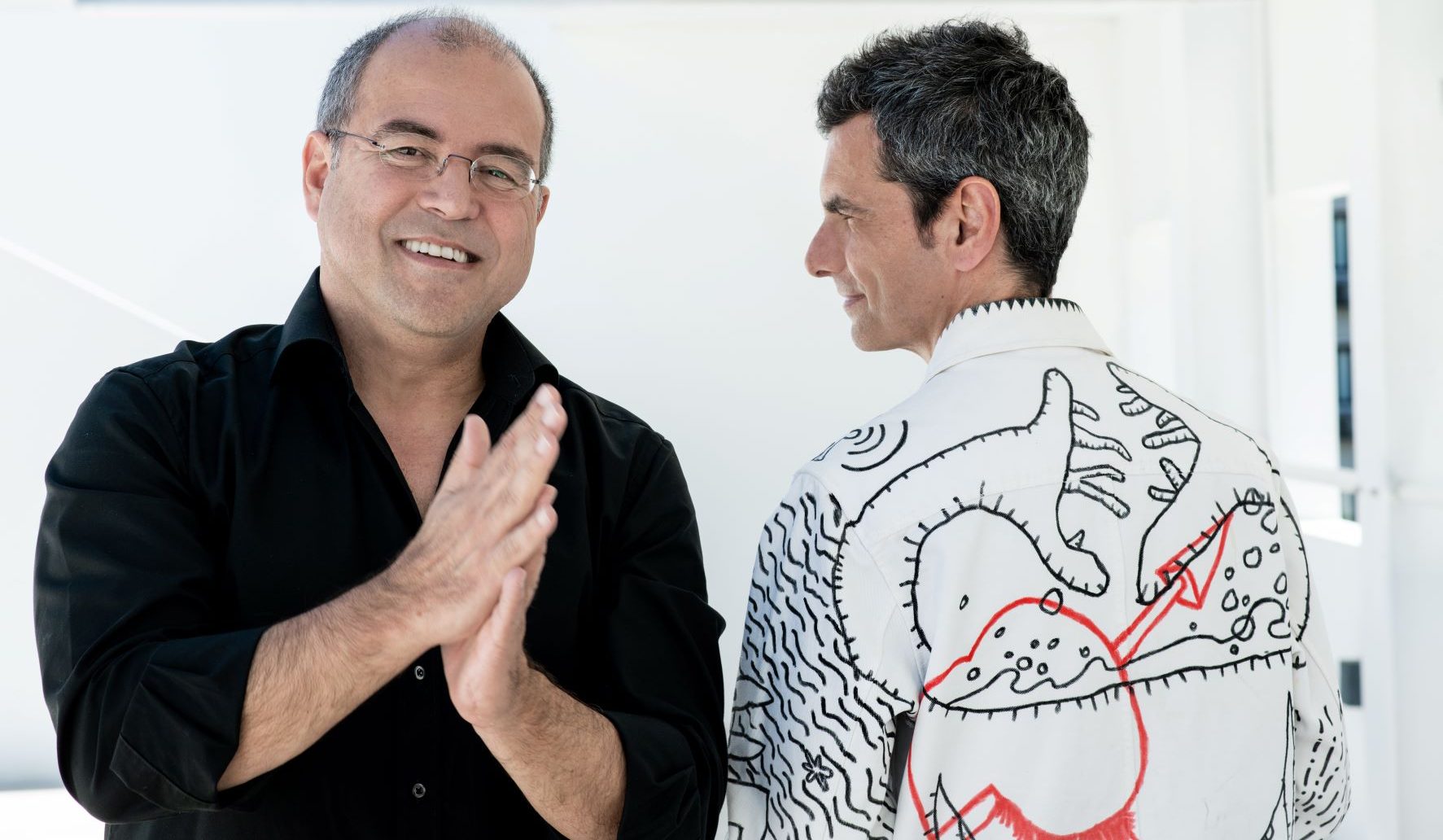 €15 (not covered by Passe Cultura)

In January 2015, at Teatro-Estúdio Mário Viegas, São Luiz Teatro Municipal, Nuno Artur Silva was doing his first stand up comedy show, a solo accompanied by António Jorge Gonçalves and Dead Combo, when he was invited to be an administrator at RTP. In 2019, he was preparing to return to his show, in a new, revised and updated version, when he was invited again, this time to be Secretary of State for Cinema, Audiovisual and Media. After the governing experience in a time of pandemic, and an inevitable sabbatical retreat ( from which he never really left), he now returns with a new solo, once again accompanied by António Jorge Gonçalves and a particular soundtrack. In Onde é que Eu Ia?… he tells his feelings about these last years, based on the notes and observations he registered (in pencil) in a small notebook that has always accompanied him: from his experience as author, presenter, agent, producer and director of numerous projects and various humoristic television programs (voluntary and involuntary, but not only), to his passage by the administration of RTP in times of (relative) change or the Portuguese Government ( Departamento Cultura, Sector Cinema, Audiovisual e Afins) in times of (strong) pandemic – obviously, he will talk about many things that one expects him to talk about and others that one probably won’t. Or, maybe, yes. Truth is, we’ll see. He also talks about what goes through his head when he has just turned 60 and tells stories of a life very full (or, at least, so-so) of episodes in which personal and professional life often crossed in the most unexpected ways – and vice-versa. Decisions and indecisions, digressions and considerations. And interruptions, many interruptions… It is also important to mention the musings on the Limits of Humour and the State of the World, which will not take place here. What can be expected are thoughts and questions (very pertinent, according to the author) about what we are doing here, not only in the administration of the public affairs itself, but in the administration of the private affair that is each and every one of us: what is the meaning of life, but mainly what is the meaning of the many things we do instead of doing what we should be doing. Life in general, but above all life in particular. In any case, this is something that everyone has been advising him not to do again. But he will do it. (Unless, in the meantime, there is an invitation to something else).