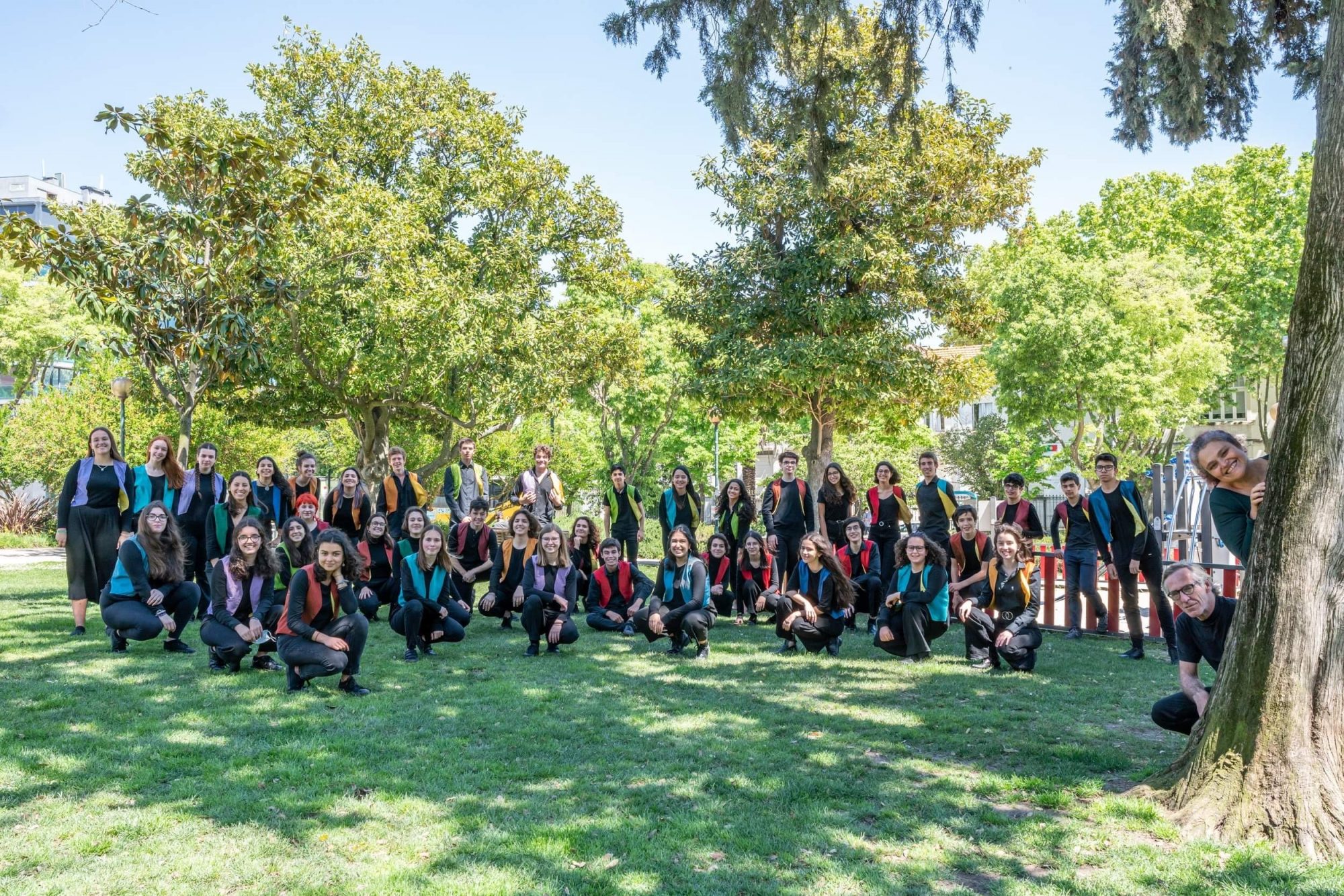 DR
Get Tickets
Dates and Schedules

The Coro Juvenil da Universidade de Lisboa, an internationally renowned ensemble directed by Erica Mandillo, will perform at Teatro São Luiz, presenting the scenic Cantata Quimera, by João Lucena e Vale. The show also features the dancers Tiago Barreiros and Carlota Rodrigues, also responsible for the choir’s choreography, in a work developed in previous months. Around the Cantata, several choral works are interpreted, from the 16th century to the 20th century, making a temporal journey with compositions by Mozart, Bruckner, Schubert and Rossini, among others, all with a staged interpretation by the 37 elements of the Coro Juvenil.