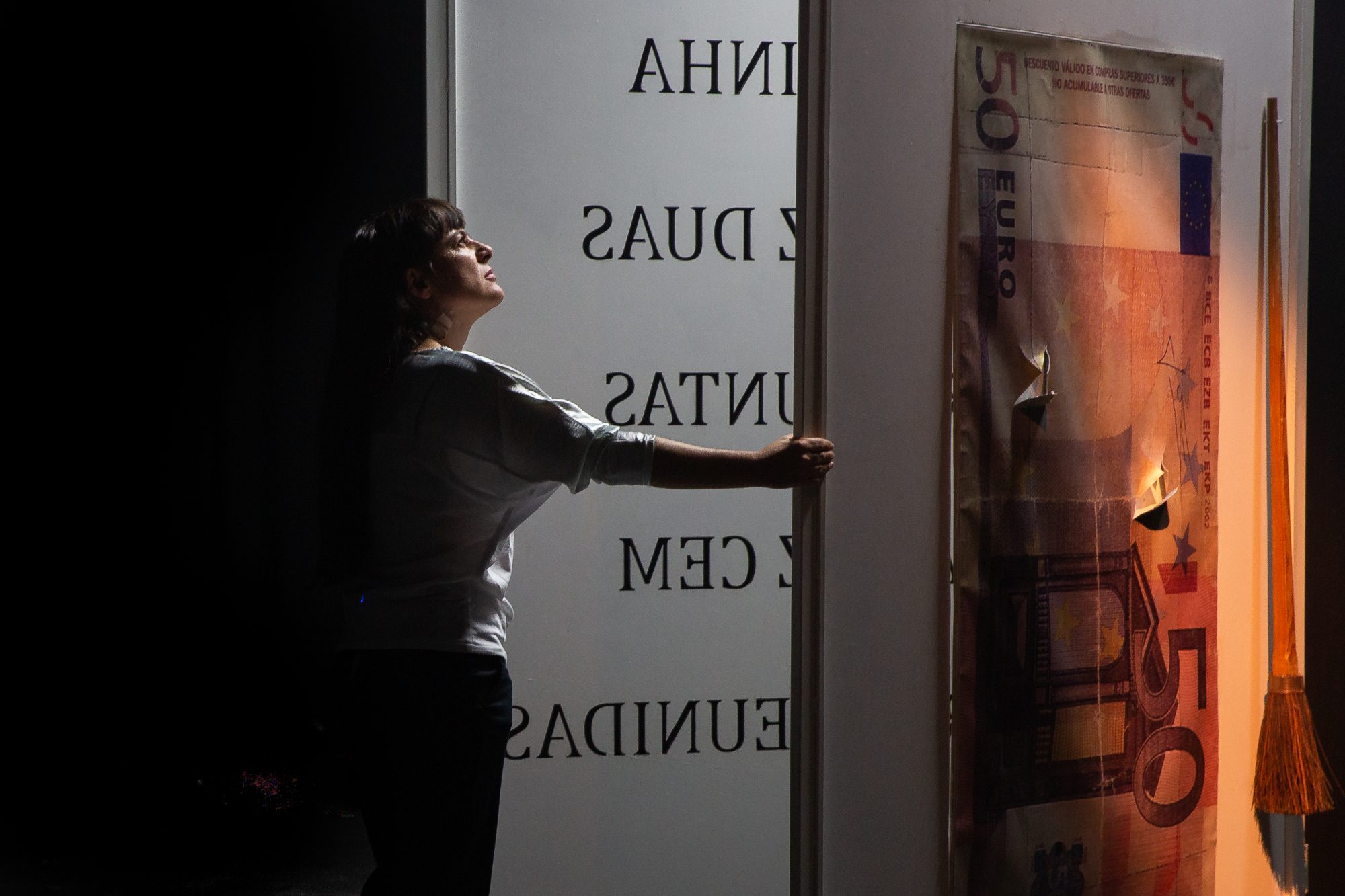 In the project Sete Anos Sete Peças, Claudia Dias sets herself to create seven performances in seven consecutive years, always based on the meeting between the choreographer and a different artist and having for a title one of the days of the week. After Pablo Fidalgo Lareo, Luca Bellezze and Igor Gandra, Cláudia Dias reaches Quinta-Feira: Abracadabra in a performance with choreographer and dancer Idoia Zabaleta. Several possible subjects can emerge from this meeting: micropolitics and the body, postcolonialist matters, women and feminism, individual history in confrontation with the overwhelming weight of collective history.

In the genesis of the project is a political gesture, a refusal of the precarious condition, the right to make plans in a medium and long term future, the demand for time for experimentation and creation, the promotion of artistic research based on values such as continuity, trust and the sharing of processes, essential to the production of knowledge, contradicting the current tendency to focus only on the circulation of information. Every encounter with the other is a driving force to think about the world and the way these thoughts can materialize in a scenic object.