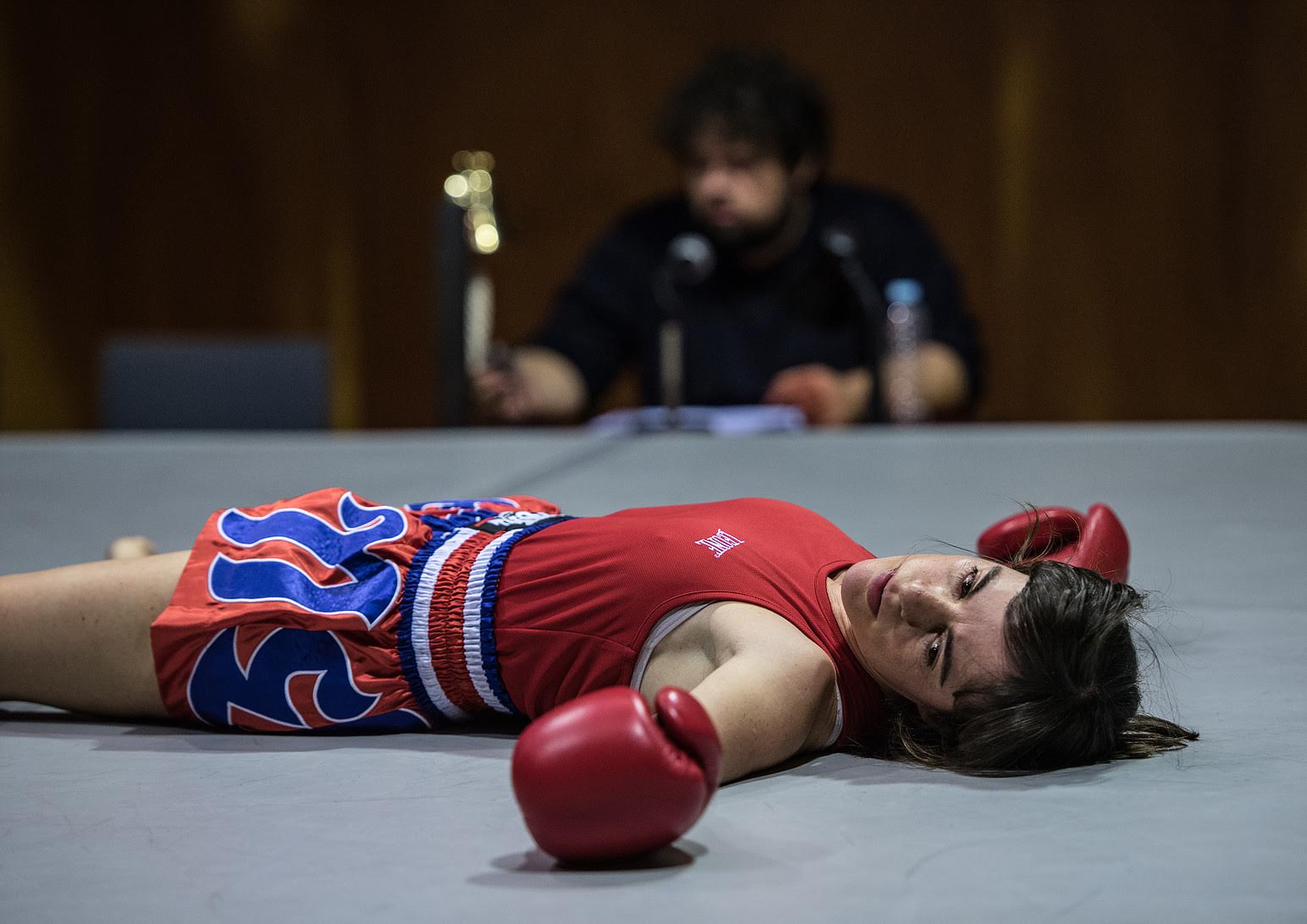 Meeting with the creators after the show

In the first show of the Sete Anos Sete Peças cycle, Cláudia Dias seeks to recreate a boxing match. Clenched fists, full contact, on Segunda-Feira: Atenção à Direita!, one thing seems certain: Cláudia Dias and Jaime Neves will give and take punches in the mouth literally and metaphorically. Belonging to a community that has been brought to the mat over and over again, when punching each other with arguments, among the promised blood, sweat and tears, light is made, as in enlightened fables. The feeling of oppression, of which they free themselves by fighting, opposes the feeling of solidarity, between peers, which is reinforced in combat, when they recognise themselves as equals. Clenched fists. From these opposing forces, enough friction comes out to move from words to deeds.